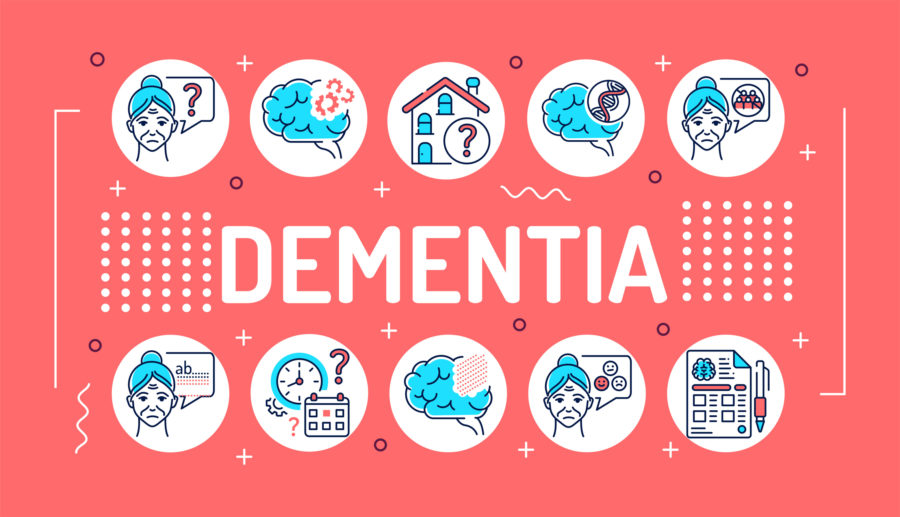 What are the Most Common Forms of Dementia?

It’s common to wonder about the various forms of dementia. The truth is, dementia is a syndrome – a group of symptoms that are related – not a specific disease. It is a general term for the progressive decline in cognitive abilities that interferes with daily life due to the brain’s physical deterioration. Those cognitive abilities include language, thinking, memory, problem-solving, and executive functioning. There are more than 100 types of dementia.

The 4 most common forms of dementia are the following:

Alzheimer’s Disease: Alzheimer’s is the most common form of dementia among older adults. It manifests as an irreversible degeneration of language, memory, spatial orientation, thinking, problem-solving, and executive function skills. The symptoms gradually worsen over time. Eventually, the person living with Alzheimer’s becomes completely dependent on others for their care. Alzheimer’s affects the part of the brain that controls thoughts, memory, and language, and eventually leads to complete brain failure and death; in fact, it’s the sixth leading cause of death in the U.S.

Lewy Body Dementia: Lewy body dementia is also referred to as cortical Lewy body disease or diffuse Lewy body disease. It is the third most common reason for dementia. However, it is frequently misdiagnosed or underdiagnosed. Lewy body symptoms are best described as a combination of Parkinson’s and Alzheimer’s symptoms. The stiffness and rigidity associated with Parkinson’s are grouped with the cognitive decline associated with Alzheimer’s. One of the significant identifying factors of Lewy body dementia is visual hallucinations. The hallucinations can also be in the form of sounds, smells, or touch.

Frontotemporal Dementia: Frontotemporal dementia (FTD) is also known as frontotemporal lobar degeneration (FTLD) or Pick’s disease. FTD results from deterioration to the brain’s frontal (behind the forehead) and temporal (behind the ears) lobes. It is a much less common form of dementia. Someone with FTD experiences problems with language, along with significant changes in personality and behavior. The temporal lobe affects our ability to understand language, and the frontal lobe affects cognition, emotion, and voluntary movement.

FTD differs from other types of dementia in two important ways. First, it doesn’t usually affect a person’s memory as severely as Alzheimer’s, but it does affect how a person behaves. It also impacts their personality, language, and ability to function. Second, the average age of someone diagnosed with FTD is 60 years old, which is younger than the average age of someone diagnosed with Alzheimer’s or other dementias. Some experts call FTD the “young person’s disease.”

Remember, there are over a hundred different forms of dementia. It’s best to be evaluated by neuropsychological testing, an MRI and rule out what it is NOT in order to determine what type of dementia it IS.